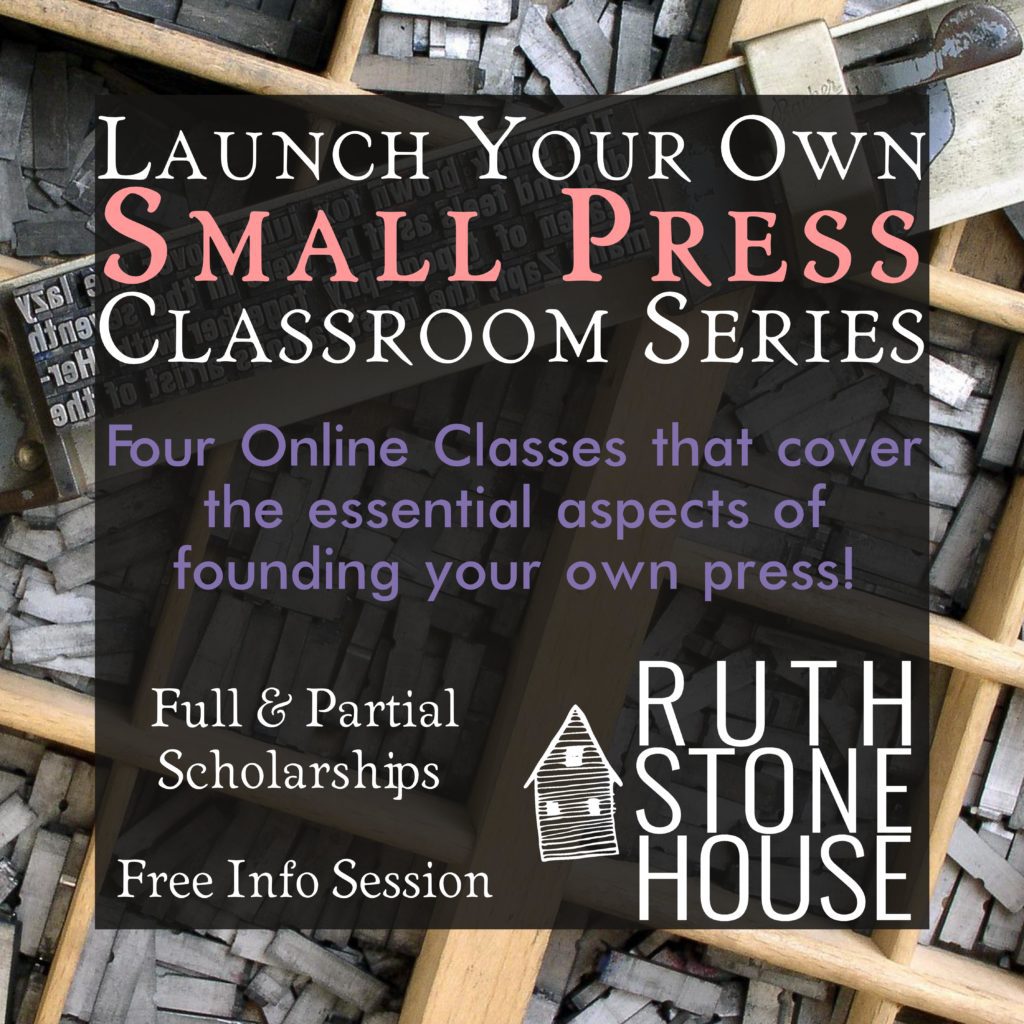 Open to individuals or groups who have taken the three previous classes, this class will go over every step needed to launch a new press, set deadlines and budgets—we will work with you and do everything in our power to get your press off the ground!

Ben Pease began laying out books in 2009 when he put together an issue for the writing workshop he taught at Common Ground’s (now Breaking Ground) Prince George, an early 20th-century hotel converted to affordable housing for low-income and formerly homeless adults and persons living with HIV/AIDS. He soon after began doing covers and interiors for Monk Books, doing both for a reprint of Bernadette Mayer’s The Formal Field of Kissing. When Monk began publishing full-length collections, Pease continued to layout the books, forging a close relationship with the authors to ensure that their original vision was represented in the printed matter. Pease is currently the book designer for factory hollow press and the Ruth Stone House.

Virtual classes are usually based on video conferencing. At the moment we use Zoom. Instructors may utilize email as well as the specific ‘class page’ to share materials.

Each class is different, and Ruth Stone House allows a wide degree of freedom to instructors as to how they run their classes. If you miss a class or have technical problems you can request a video link to the class you missed.

In order to attend a Zoom based class, make sure you meet these technical requirements: Click here

We also require that you have access to email service to use Ruth Stone House Classroom.

FInancial aid is applied for on a class by class basis. Not all classes offer financial aid. There is a limited amount of funding available, and aid is awarded in the order received.

This financial aid form is for:

Includes: Full tuition, Room and Board at the Inn for a BIPOC poet

Includes: Full tuition, Room & Board at the Inn for a Poet of Color living in Vermont, or with roots in Vermont

Award for $600 reduced tuition for a BIPOC poet.